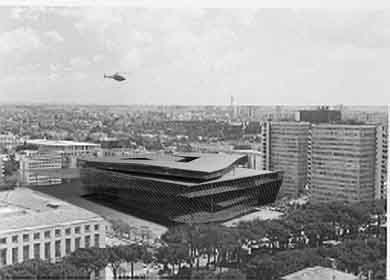 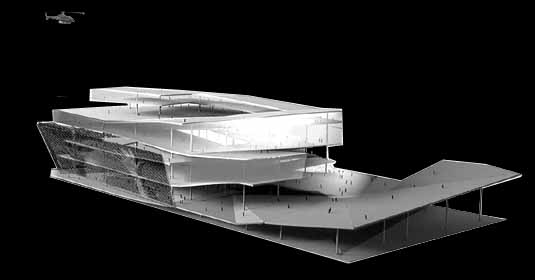 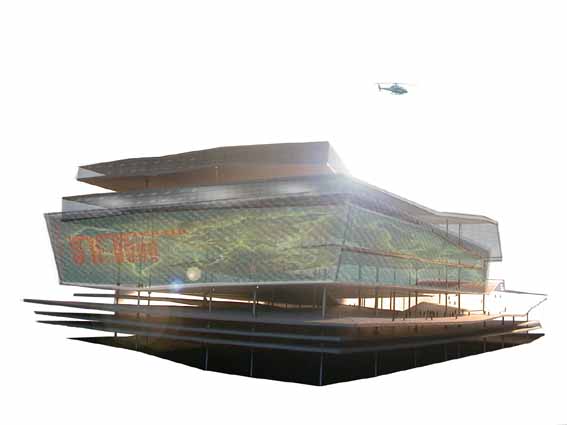 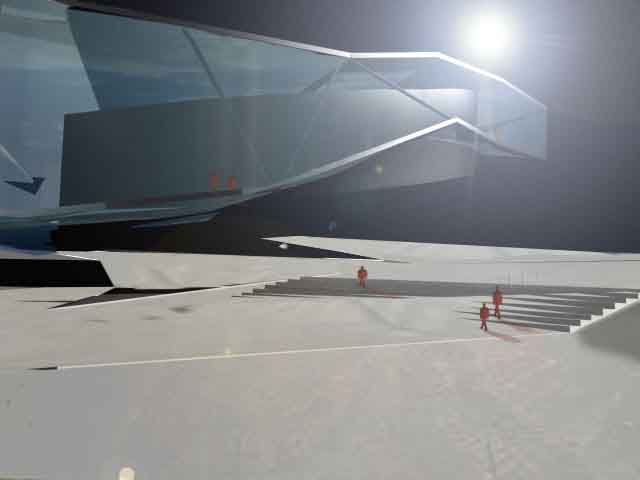 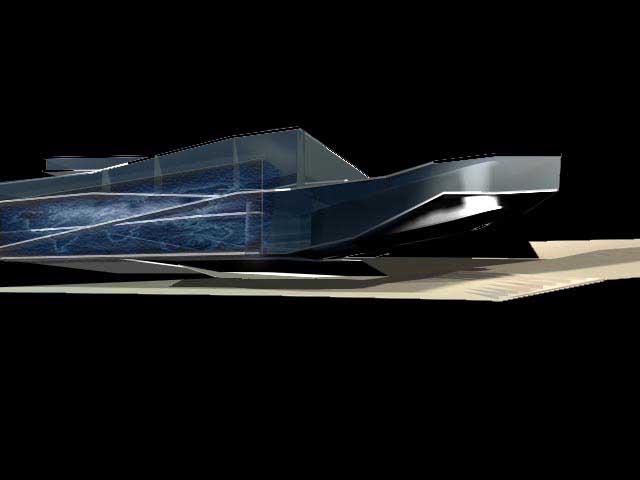 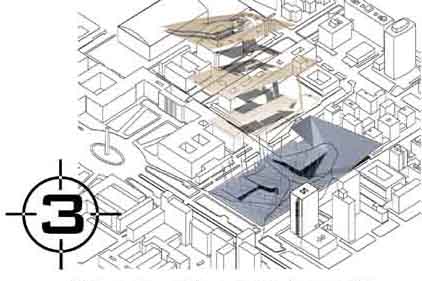 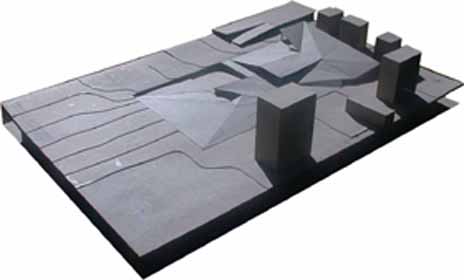 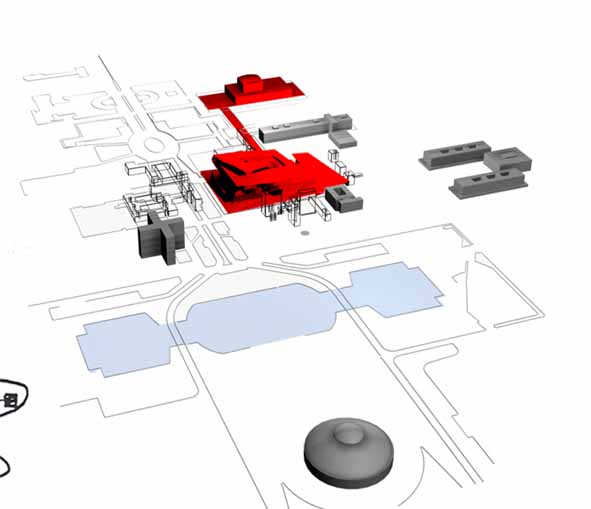 SUPERZIZED The concept of global mobility has changed western society´s perception of physical space.Nowadays the individual has an intense relationship with a fast changing environement. The main characteristic of a congresscenter is circulation and the dynamic movement of people, which are nearly changing daily. The congress participants are humans, authentic embodied creatures who can´t ignore their own innate physicality.They hunger for experience in the real, physical world. It is important not to forget the social elements of points of transition, as gathering places, as a common experience, which in the cosmopolises, is global in nature. It is not sufficient for such a place to be cleverly engineered. The SUPERZIED as an architectural intervention modifies existing streams and ongoing processes. By extending limits and generating possibilities we are creating a new kind of social condenser, which modifies the present characteristic towards “human life”. --------------------------------It breaks the existing isolated building structure to a certain extend and presents an open and new face to the rest of the city. The domination of a cold horizontal geometry suddenly merges to an injected new sign that reorganise part of the area. The conference and convention center is a new vortex in the city. It deals not with the possible, but with the art of the possible, the actual .Not utopia , but heterotopia. This is another idea of newness, the surprise of what is not yet possible in the history of spaces, referring to Derrida and Foccault. The intention was to establish flowing trajectories- ergonomically, logically and functionally- to prevent logjams of people. ------------------------------Organising conference and convention vertically, spiraling(folding) space and creating a double faced landscape.Allowing for the interaction of convention participants and habitants of the area, the fluctation of people,the incooperation of existing monuments and the modification of present flows of movements at the site have all been important issues. The double faced landscape works as a programmatic lava, that absorbs and connects important places within the urban structure of the EUR and produces a certain kind of interwaving beetween the congress and the urban surface. It accomodates an inside and an outside urban condition, loaded with a serie of different actions and uses, entertaining and processing the flux of congress participants and inhabitants.------------------------------We are producing a dynamic balancing between substance and process. The structure accentuates a moving roll-call of characters- participants, inhabitants, shoppers, roller-bladers, bikers..... By encompassing the dynamics of the convention center and by modifying the streams of the site, we have organised the movement of people in a fashion which makes the layout light in the sense of user-friendly. The whirlpool of passengers in transition is counterbalanced by the tranquillity of the intimate and recreation spaces. The design refers to the state of disequilibrium in which we live, while using new technologies to create an enjoyable space that places real experience and “virtual” experience side by side. For this reason the structure has been composed as a three-dimensional network,on which paths and ramps direct flows, interacting and connecting different levels and routes within. All the planes are connected by one continous trajectory provide alternative routes of transition. ------------------------------ It is the events taking place within each area which give them their identity. The ramps and the lifts form the connection between these roles and provide a multiplicity of movement. Taking human desires and needs into acount the whole matrix allows to choose one´s own flexible path through the building and cultivate the urban vortex. Wheter sitting in the confernce, looking on the convention, eating in the sky restaurant or relaxing on the piazza, one can enjoy being in motion, or in situ.